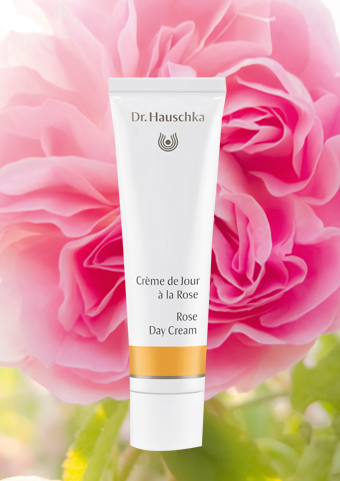 What made you turn to skin care after you had broken off your studies?
When I went to the Austrian alps to convalesce after my illness I had plenty of time and leisure. My thoughts turned again and again to skin care, the “step child” of medicine. In those days baths and massage were used to care for the body; the feet and hair were also cared for. Caring for the face, however, was considered vain and decorative cosmetics were quite out of the question. But the face is the first thing we reveal. In the peace and quiet of nature it became clear to me that I wanted to take cosmetics into my heart.

A bold decision in those days…
Yes, I also realized that my cosmetic work would have to be different from the conventional preparations and treatments. When I got back to Vienna I spent a lot of time browsing in the university library and the national library where I found a veritable treasure-trove of old, mostly handwritten monastic works. I went to second-hand book shops, attended courses and acquired my first diploma. Finally I devoted myself heart and soul to a renewal of cosmetics, particularly of facial care.

The word cosmetics comes from the Greek kosmẽin, to order, harmonize …
But it also means to decorate or adorn. We can harmonize, even adorn ourselves in the sense of the Greek word, but we must not deceive the senses. So I researched, studied, mixed and stirred. My mother used an almond paste for facial cleansing and this became an early model for the Dr. Hauschka Cleansing Cream. Gradually I filled not only my mother’s dressing table with “Elisabeth cosmetics” but also supplied all our friends and acquaintances. However, again and again an inner voice asked whether face care could really be a profession, a vocation and my life’s work.

When did you find the answer to this question?
In 1938. I know the date exactly because that was when Rudolf Steiner’s book Das Künstlerische in seiner Weltmission appeared. Rudolf Steiner writes there: “…. the word schön [beautiful] is related to the word scheinen [to appear]. Something that is beautiful appears, that is allows its inner being to become visible. For that is the essence of the beautiful, that it does not conceal itself but that it allows its inner being to become visible, to appear in the outer form. So that an object of beauty is something that reveals its inner being in its outer form…” If I had not read these words of Rudolf Steiner I would not have become an esthetician. But now I was able to put my conception of the occupation of esthetician into practice and begin to gather experience. And to try to act in the spirit of Rudolf Steiner’s words about the beautiful. But first of all – through family circumstances – my life took me to various cities in Austria and Germany

How did your collaboration with WALA come about?
I had visited WALA briefly in 1955. In 1962 – quite unexpectedly – I received a letter from them asking whether I had any ideas for a skin care approach which was to be something really special and fit in with the WALA ideas. In reply I wrote a long, detailed letter describing the ideas for a “different” kind of cosmetics and cosmetology which had arisen in my salon in Sweden. By return of post I received an invitation from Dr. Rudolf Hauschka and in the summer I travelled to Eckwälden where I received an enthusiastic welcome. I love you for your letter, Dr. Hauschka said to me. Then we worked non-stop for four weeks: Mrs Hauschka-Stavenhagen, Dr. Hauschka, Mr Kaphan, Mr Kossmann, Mrs Mewes, Mr Plantener, Dr. Schoppmann, Dr. Vogel and myself. In 1967 the skin care preparations we had developed were launched.

NOTE: These settings will only apply to the browser and device you are currently using.